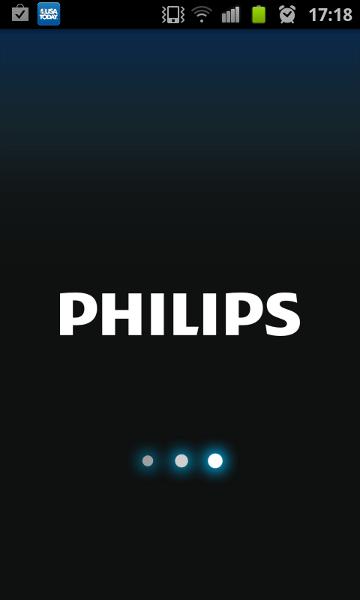 I installed the Philips MyRemote app on my smartphone to control the Philips LED TV 47PFL7666K. This small test report will show you the functionalities of MyRemote app on your cellphone. With Philips MyRemote app for Android and iOS Smartphones it is now possible to control your Philips LED TV. In my opinion the application works perfect. Controlling the tv with my Galaxy S2 is a pleasure and I do not need the classic remote control any more. The precondition to use this app is that both, tv and smartphone, are connected to the same WIFI. Therefore there is no need to point the smartphone in the direction of the IR reciever of the TV like with the old IR remote controls. Now it is possible to control the tv in any position on the couch or even from another room.

It is also possible to control Philips Blu-ray player, Home theater and Streamium dvices with the MyRemote app. This is very comfortable. As I have written above I do not miss the classic IR remote control. The useability is perfect. The control buttons are clearly positioned and it is easy to press them with the touchscreen. The MyRemote app replaces your   classic remote control from the past.

Before installing please check if your smartphone supports all requirements needed by MyRemote app from Philips. You will find a few comments in the net that the app has sometimes problems with a too low screen resulution.

I was also amazed how easy it was to get every thing running. The interaction between the smartphone and the Philips TV is very good. Since the TV is already available in my homenetwork and online it was easy to setup everything. After a short search my Samsung Galaxy S2 found the Philips TV. 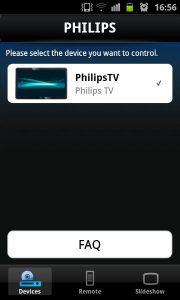 The useability is very good and the interaction between the MyRemote App and the SmartTV is perfect as I mentioned above. If all philips devices are setup and online in your network the MyRemote app will find them. Now I will explain the four menue points between which you can switch inside the MyRemote app.

The following picture shows you the first menue screen and functions you can select like them on your Philips SmartTV.

I use my Philips LED TV 47PFL7666K to watch TV over satellit and not over cable. In this case you have the problem with the MyRemote app that there is no button to switch from e.g. NetTV back to the TV program. To switch back to satellit you have to use the old school IR remote control.

The following picture shows the button which I mentioned. 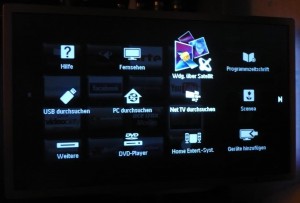 The next pictures shows the basic function screen. This screen offers the function you need to switch the program and to adjust the volume. The volume function is always avaialbe in the top bar. The top bar also shows the home button and the off switch.

This menue also shows the arrow buttons to navigate through e.g. NetTV or option menues. The response time is very good. When I press a button on my touchscreen the Philips LED TV immediately respons and do what I want. It is a really fun to use the MyRemote app to control the TV. I also love the feature not to point with the smartphone in the direction of the TV like you have to do with a classic IR remote control. 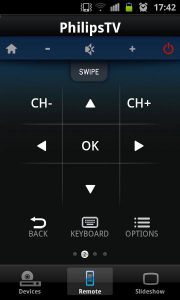 It is also possible to enter a channel directly by his number. For this function the third screen shows the digits 0 – 9.

But it would be better if the MyRemote app shows a list or overview of chanels with the names like the TV does. Then it would be much easier to find the correct chanel you want to watch. I hope this function comes soon. 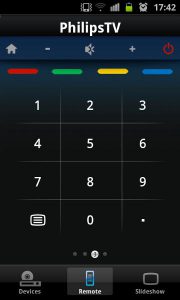 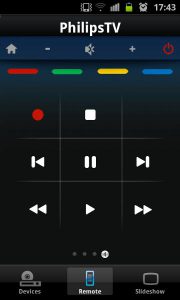 Very cool ist the slideshow function the MyRemote app offers to you. With this function it is possible to play back pictures you have on your smartphone on the tv. For me this functions works without any problems. But it took its time to transfer several 3 MB pictures over the WIFI to the TV and then to display the pictures. It is much faster to plug an usb stick into the tv and to watch the pictures from the usb stick. 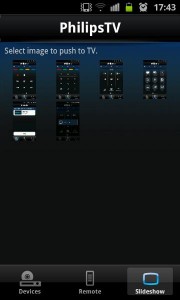 My personal conclusion is very positive. I like the Philips MyRemote app. The app works very stable and the useability is very good. The main functions you need to control your TV a available. The virtual keyboard the app offers to enter text for e.g. twitter or the YouTube search is very cool. For me who watches tv over satelitte the missing “watch sat” button is a pitty to switch back to my program. I hope this button is expanded in a future version. 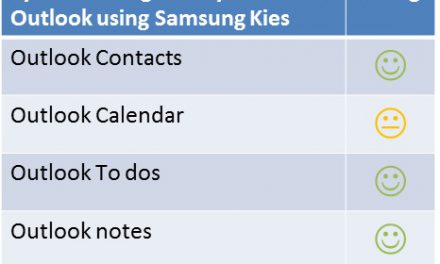 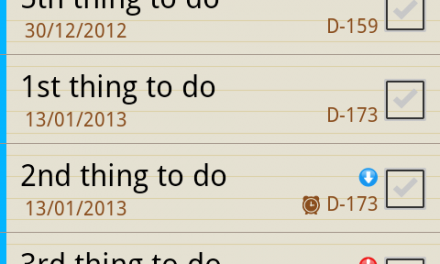 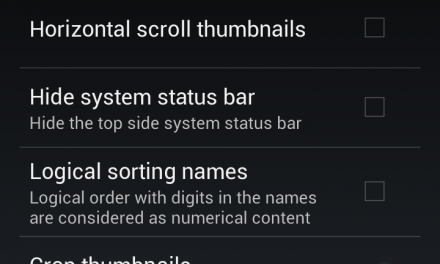 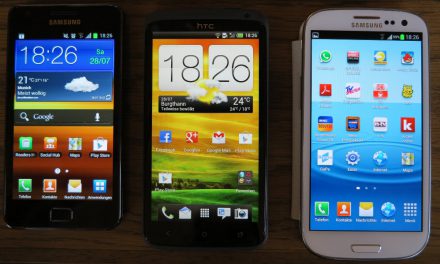